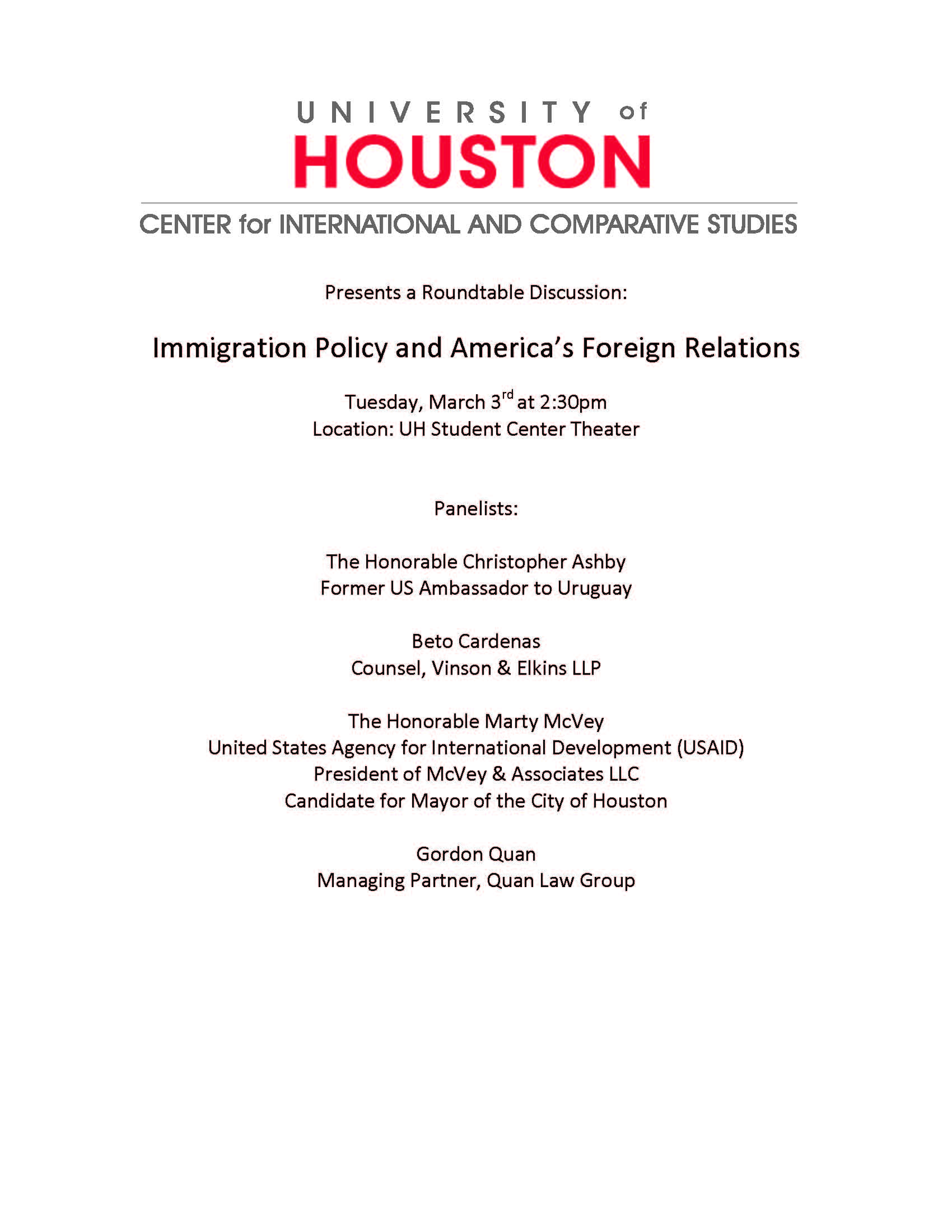 Houston should be the first city to embrace HERO, not the last.  If you have any question about this, think about how you want to see your mother treated, or how you want your daughter treated in the workplace.

Tonight Mayoral Candidate Marty McVey will debate Ben Hall, one-on-one at the September 8, 2015, meeting of Kempwood North Civic Association in the Theater of Northbrook Middle School, 3030 Rosefield, Houston 77080. (The theater is at the south end of the school, on the right facing the school office.)  The meeting takes place from 7 to 8:30 pm.

Houston’s Equal Rights Ordinance (HERO), has been attacked by some, using concerns about privacy in public bathrooms as a scare tactic. What’s lost in that discussion is that it’s ALREADY illegal to go into a bathroom to harm or harass someone. This law does not change that.

“HERO is about providing a needed local tool to protect Houstonians from discrimination, based on their race, religion, age, gender, military status, pregnancy, sexual orientation, gender identity or disability,” says McVey, the only business candidate in the race.  “All people should be treated fairly and equally by the laws of our city and should have the opportunity to earn a living to provide for themselves and their families.  Nobody should have to live in fear of being fired for reasons that have nothing to do with their job performance.”

“The Houston Equal Rights Ordinance (HERO) is about equal protections under the law,” says McVey. “It is extremely unfortunate that the conversation has been hijacked by a discussion about bogeymen in bathrooms. That's not what HERO is about.”

McVey supports HERO because, frankly, the "arc of history is long, but it bends toward justice." “Equal protections in renting apartments, jobs, acceptance to schools, bids on work is all part of HERO,” says McVey, who lead the Haitian Reconstruction Task Force.

The “HERO” Ordinance was passed by the Houston City Council in 2014. On November 3, voters will have an opportunity to repeal the Ordinance or keep it in place. Join us for information that will help you cast an informed vote.

(HOUSTON – Tuesday, July 7, 2015) Businessman Marty McVey weighed in on a new Moody’s report about the financial standing of Houston.

McVey said, “We need new ideas and a new vision for our financial management. I am a business leader with more than 15 years of experience creating new companies and saving existing companies.  I have the private sector and government experience to find new ideas and new solutions and then to implement them.”

“The rest of the field has been in and around politics for ten, twenty or thirty years.  If they had the solution we would have heard it already,​”

McVey said, “This city is an economic engine in danger of being stalled by our frail financial standing.  Our best days, our greatest opportunities, can still be in front of us.  I will bring the new ideas and new voice needed to make Houston an even stronger city financially.”

McVey has owned over 10 companies and has been engaged in the turnaround, mergers and acquisition of numerous other privately held corporations.   He has also served as one of the Directors with The United State Agency for International Development where he developed international business and dealt with natural disasters such as floods, hurricanes, and earthquakes. He served as Chairman of the BIFAD Budget Committee of USAID and also served as Chairman of the Haitian Reconstruction Task Force for USAID.

Moody's Investors Service affirmed the city's Aa2 rating, a high mark, but warned that the ‘revision to negative reflects the challenges the city faces from growing pensions costs and liabilities, which are compounded by significantly limited revenue raising flexibility, and projected structural imbalance.’"

"Until the Legislature acts, pension payments will continue to crowd out many of the other needs of the City," Parker said in a release. "And our cap on ad valorem revenue means we struggle to meet the demands of our rapidly growing population."

“We can’t kick the can down the road any longer with our financial problems. As Mayor, I am determined to develop a growth and innovation economy in Houston; one that  will create jobs and generate new revenue for the city,” McVey said. “We are in a competitive situation with other cities in Texas, across America and around the world. The next mayor must have a global view and be prepared to fight for Houston on a competitive playing field. I will be that mayor.“

Houston mayoral candidate Marty McVey, Houston businessman and entrepreneur, expressed outrage today at the arrest of immigrant mother Blanca Borrego during an OB-GYN appointment. Ms. Borrego was put in handcuffs and taken into custody in front of her two daughters after her doctor's staff called the police in a possible HIPAA violation, despite being covered by her husband’s insurance and having seen this doctor in the past.

"At a time when women's healthcare, and especially Latina and immigrant healthcare, has become more challenging to obtain because of the de-funding of clinics, it is outrageous that a mother would be reported by and subsequently arrested because of her own health care providers. I'm sure this will be found to be a HIPAA violation, and quite frankly, I'm ashamed that such a thing would happen in the Houston area," said McVey.

"This is what we can avoid with the implementation of a municipal ID card made available to those unable to receive a Texas driver’s license. No matter where people are from, if they live in Houston, they are Houstonians. It is to all of our advantage to allow mothers and families access to healthcare or the ability to report crimes without fear of deportation."

A municipal ID card, which is already available in some U.S. cities such as New York, and which McVey has advocated for as a tool for city government, allows municipal government to know who and where residents are in their city's footprint. It allows law enforcement to track information to prevent crimes and improve public safety, and is paid for by the participants.

"It's a sad day when a mother isn't safe seeing her own doctor, no matter what her status. This is America." says McVey. "Shame on this office and staff."