Posted by Marty McVey, USAID Board for International Food and Agricultural Development on Friday, March 15th 2013 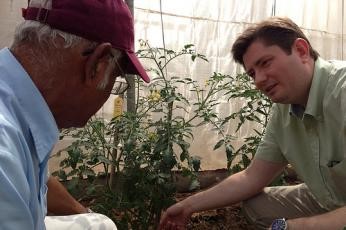 We asked McVey a few questions about his visit and the exciting collaborations and progress heobserved.

In India, scientists from Senegal, Kenya, Ghana, and Guatemala—supported by Feed the Future through  the IPM Innovation Lab—attended a biocontrol workshop centered on the use ofTricoderma (a beneficial fungus used to attack fungi with deleterious effects) and Pseudomonas (a beneficial bacterium). Each of the scientists gave a presentation on the work they were doing in their home country. Through this kind of support, Feed the Future is exponentially expanding its impact and providing opportunities for scientists to learn new techniques. Those scientists then return home and share what they’ve learned, which translates to better in-country capacity. 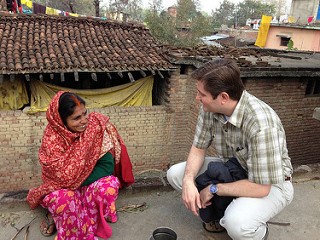