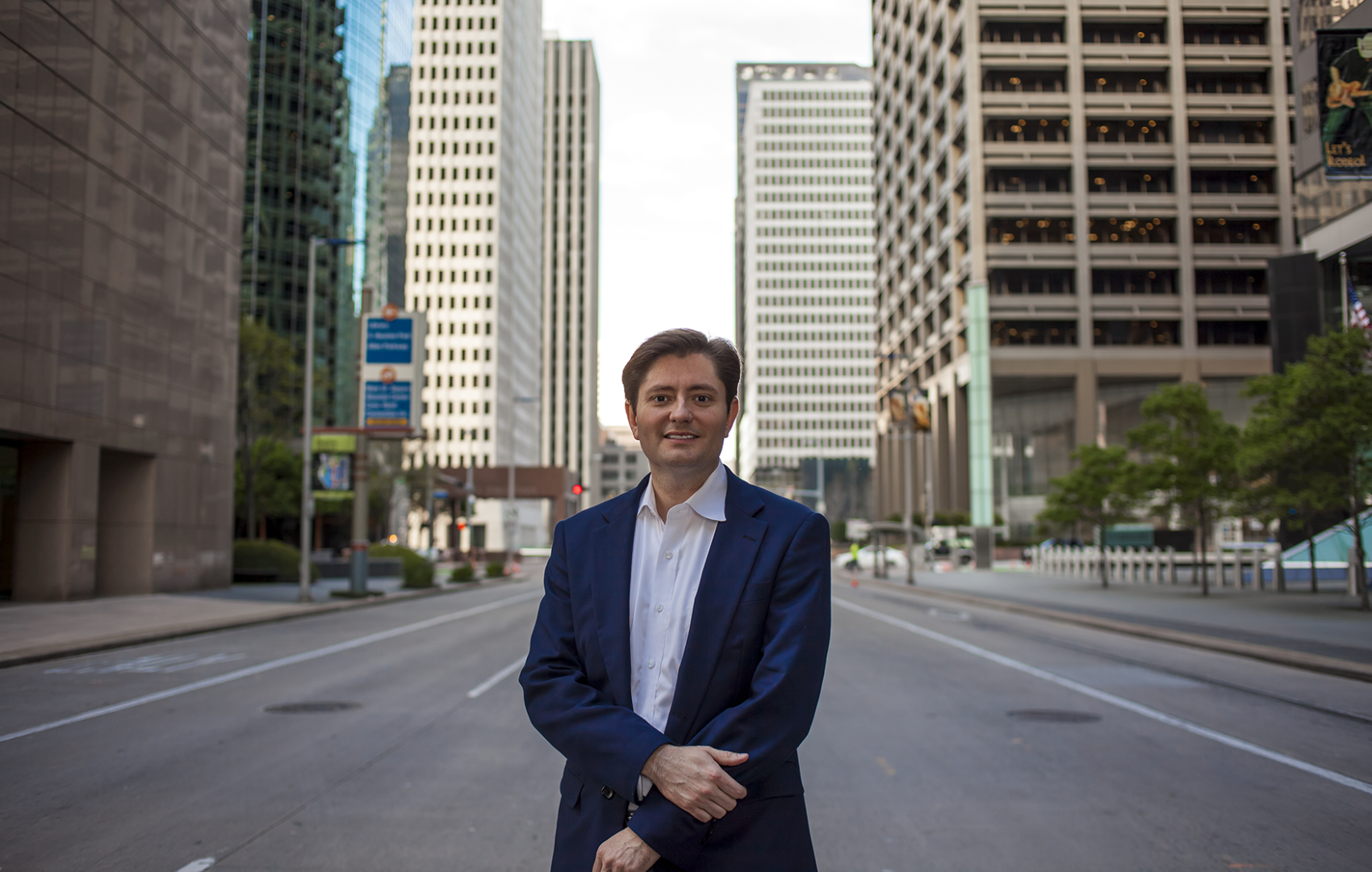 Businessman and entrepreneur Marty McVey, 41, is the youngest candidate running for Houston mayor on November.

His campaign focuses on developing a plan for Houston to address its financial issues and to diversify its business portfolio.

“My platform is based on economic development,” McVey said. “Prosperity does not happen by accident, we have to go out and earn it, seek it. We need to recruit businesses like we’ve never done before. We have to be very competitive — domestically and internally. I’ve turned around 60 businesses around the world. I’m trained to look for risk.”

In regards to education, through McVey’s business plan to relocate and attract business back to the Houston area, he sees a home field advantage for Houstonians graduating from college.

“For the students in particular, I want to make sure through my economic development plan that after they finish school they can stay in this city and be gainfully employed,” McVey said. “They don’t have to go other places.”

Within the first 100 days of office, McVey plans to address immediate financial concerns and set in place city identification cards for undocumented citizens.

“We have a significant (amount of) undocumented people living in the shadows that can’t do anything, living in constant fear of deportation,” McVey said. “They don’t report crimes against themselves when they are the victim. They’re taken advantage of, (and) they don’t have basic things that we take advantage of which is to be able to get a bank account (or to) be able to pay a bill online – basic things.”

McVey plans to re-establish the economic development office to report directly to the mayor.

“The current office is almost non-existent,” McVey said. “We need to establish that immediately. It actually needs to be working to get us all the federal and state grants, actively recruit businesses inside the city of Houston – not in The Woodlands, not in Pearland, not in the suburbs – in Houston.”

McVey supports Houston’s Equal Rights Ordinance. However, after the Supreme Court dismissed it (and the Rebuild Houston ordinance), he said he believes the city has work to do.

“One thing I will improve on is how the city handles ordinances and writing ballot language for people to vote on,” McVey said. “The language on the (ballots) needs significant improvement because we cannot operate…and serve the people…if our ordinances keep getting turned over by the Supreme Court. We’re wasting dollars by not being careful with the language.”

In 2011, McVey was appointed by President Barack Obama to be one of seven chairmen for the United States Agency for International Development. McVey traveled for years around the world assisting countries facing chronic issues plaguing their economic prosperity.

“I helped develop nations,” McVey said. “I know what it takes to build financial systems, to develop a good infrastructure, financial structure… rule of law and police systems—those are some of the issue we face in Houston today.”

Through McVey’s experience in U.S. AID, he plans to be “smart in the city’s construction” to avoid an increase in flooding.

“What our city needs to do is to prepare for natural disasters,” McVey said. “By having a plan for the city, we’re not going to have the common maximum randomness, in our construction. It’s got to be smart and not cause problems 10 miles away. There is water runoff and watershed, so you’ve got to plan.”

Marty McVey is one of many businessmen running in the election; however, compared to his competitors, he has little expertise in law. Nonetheless, McVey said he believes using the same goals to run a successful business – “being efficient… doing more with less”— will suffice to be mayor of Houston.

“We’re going to have a plan on how to operate the city and we have to be open and transparent with it too so that the citizens and everyone that lives in this city can live it and understand it,” McVey said. “I want to give the city a vision. We need to define us 60 years from now, and we need to define ourselves today.”